In 1817, Staats Van Deursen and his brother William decided to sell two young Black women to a man named Jacob Klady who was moving from New Brunswick to Ouachita, Louisiana, to establish a plantation there. As the result of Staats Van Deursen's actions, a 22-year-old woman named Phillis was taken away from New Jersey to Louisiana to work on Klady's plantation. At the same time, his brother William sold a woman named Dinah, who was also taken to Louisiana by Klady. 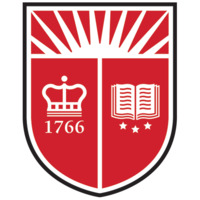